Transsion Holdings owned mobile phone brand Itel has launched its new Itel A47 smartphone in India. The all-new Itel A47 is yet another budget smartphone that has been priced aggressively at just ₹5499. The phone will be sold exclusively on Amazon India.

Commenting on the launch, Mr. Arijeet Talapatra, CEO, TRANSSION India, said, “The new world order has reinstated the significance of digitalization and has made the role of a smartphone more profound to continue our daily life whether it is to continue with education, businesses, healthcare or to continue with daily virtual meet-ups, etc. Continuing with democratizing technology for masses for weaving them with ‘Digital India’ journey, our strategic partnership with Amazon will make A47 available at consumer’s doorstep.” He further added, “itel 47 is not only a perfect amalgamation of superior design and technology but it is crafted with sheer perfection for aspirational millennials in sub 6K budget segment. itel A47 will be a game-changer with unmatched experience to the masses by being a category disruptor under 6K.” 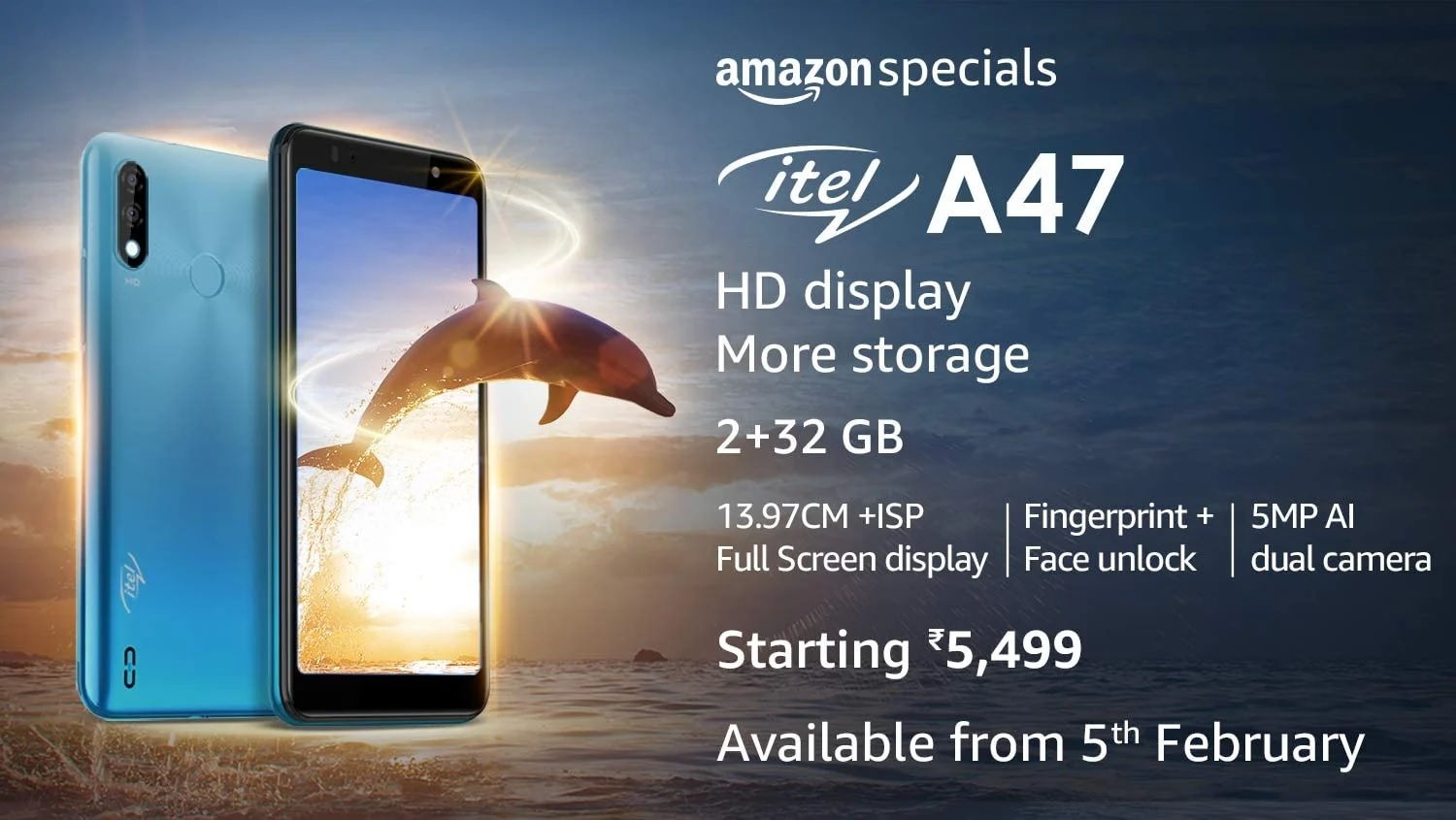 Itel A47 sports a 5.5-inch HD+ IPS display, with a tall aspect ratio of 18:9. The phone is powered by a 1.4GHz quad-core processor coupled with 2GB RAM and 32GB onboard storage. However, there is a dedicated microSD card slot for storage expansion.

In terms of camera, the Itel A47 features a dual setup on the back with a 5MP AI camera and a secondary lens and LED flash. On the front as well, there is a 5MP selfie camera with soft flash. The phone has many camera modes and features like smart recognition, portrait mode, beauty mode, etc.

The phone has standard connectivity options, including 4G. The phone runs Android 9 Pie Go Edition. The phone packs a 3020mAh battery. The phone also comes with a fingerprint sensor and face unlock, allowing the consumer to unlock devices in a 0.2sec timeframe.

The new Itel A47 is available in two color variants- Cosmic Purple and Ice Lake Blue. As mentioned earlier, the phone is priced at ₹5499 only, and it will go on sale starting February 5 on Amazon.