Vivo India which has primarily been an offline brand with a strong network all-over India for sales and after-sales service now projects to dominate the online market by offering price-competitive specs loaded smartphones. To take on the likes of Xiaomi and Realme, Vivo launched the all-new Z1 Pro at very aggressive pricing with specs which most of the brand couldn’t match. Not only Vivo Z1 Pro is a strong offering pricing wise, but it is also equipped with excellent hardware, an attractive design, and packs really cool features. This is why it is now of the best phone you can buy under Rs 20,000 range.

Vivo Z1 Pro is the first device in India which comes with Snapdragon 712 Chipset. This processor offers 10% better performance compared to Snapdragon 710 chip and consists of two quad-core clusters tuned at 2.1GHz and 1.7GHz respectively. Along with it, there are different variants with 4 GB and 6 GB of RAM. This is something that no other phone makers could provide to consumers at this price.

Vivo is known for its features loaded premium smartphones, and in Vivo Z1 Pro too, they followed their same premium design philosophy with no compromise even when they packed a 5,000 mAh battery in it. I had the Sonic Blue colour variant for review and the other two variants are Sonic Blank and Mirror Black. 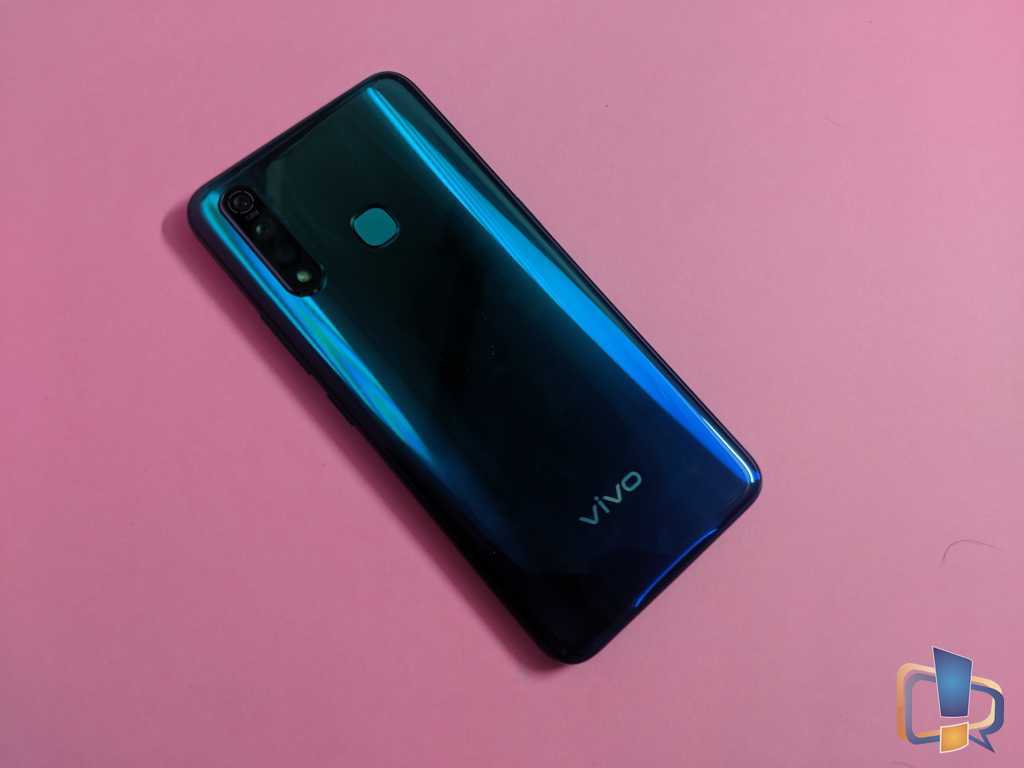 I absolutely loved the phone looks and if you like funky colours, you’re totally going to appreciate the appearance of Sonic Blue Variant. The mixture of blue and bottle green on the back panel with a smooth transition all over enhance the aesthetics of the smartphone. Although it has a polycarbonate back, it doesn’t feel cheap at all and keep the phone light as it already has a huge battery which adds to the weight.

Even when this phone packs such big battery, it doesn’t feel thick, so that’s a quietly commendable step taken by Vivo for the design of the phone. It’s a big phone and those who need bigger phones or are in the habit of using longer phone are going to love it. 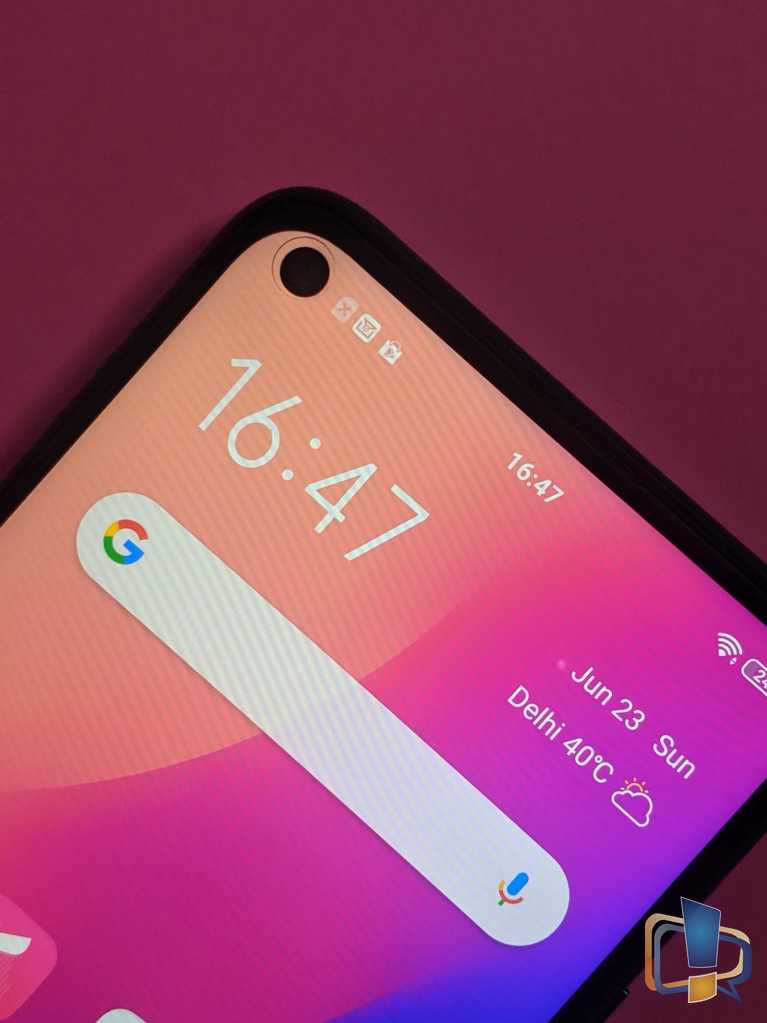 There is no notch on the phone because there is an in-display camera on the top-left corner of the display. The right edge of the phone has got the power and the volume rockers, while the left edge has the SIM-tray (Dual SIM + MicroSD slot) along with a dedicated Google Assistant button. Vivo calls it Smart Button though because it is programmable. At the bottom, there is the single speaker grille, 3.5mm audio port, and the micro USB port for charging the device and data transfer. Overall, the phone is a combination of great design and great hardware.

The Ultra FullView Display is a Treat

Vivo Z1 Pro packs a huge bright 6.53-inch Ultra FullView display with slim bezels. Since Z1 Pro is a gaming focussed phone, because of a bigger display, it offers great gaming as well as the multimedia experience. The display is quite bright and I didn’t face any issue in visibility under sunlight. But the biggest highlight here is the in-display selfie camera which doesn’t take up much space and sits nicely in the corner. 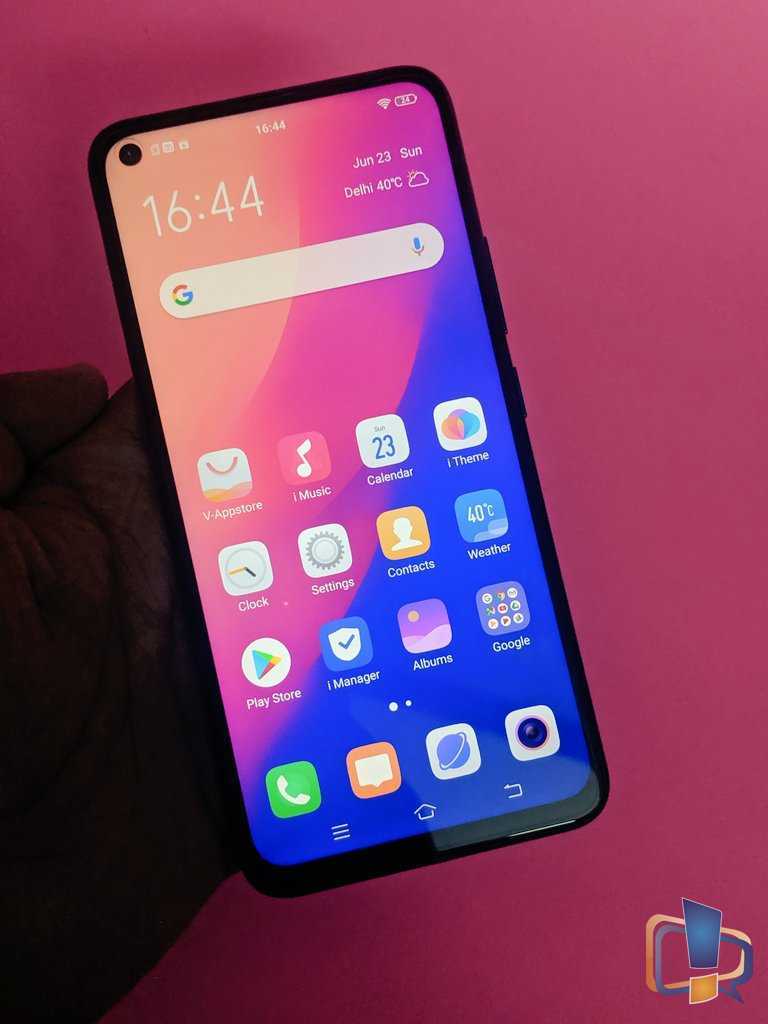 The viewing angles on the display were great, colours were punchy and the contrast was just right. Overall Vivo Z1 pro offers a great content viewing experience, so no matter if you watch visual content or play games, Vivo Z1 Pro has got you covered.

Great Camera for the Price 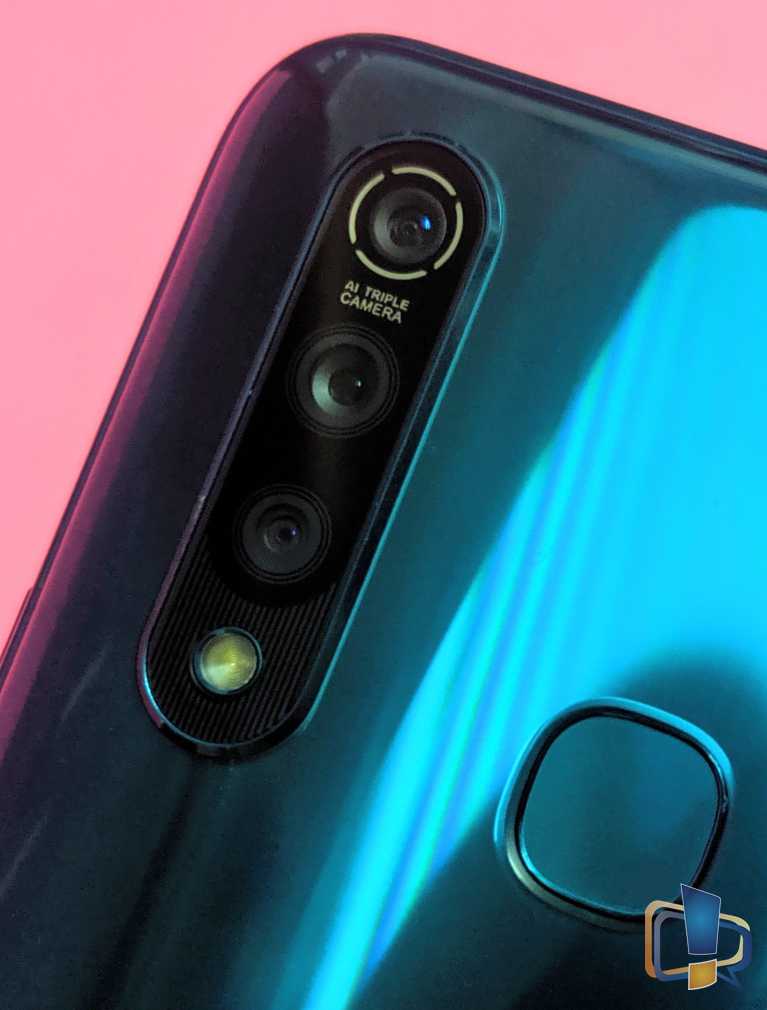 The super-wide lens lets you capture shots with a different perspective providing a very large field of view, making it possible to fit a group of people in frame or capture large objects without going far away from it. The 2-megapixel camera is used only for depth sensing and it helps you capture portrait shots. The rear camera setup is also powered by AI, that makes adjustments while taking photos and there are tons of features like Night Mode, Portrait Light Effects, Live Photo, Backlight HDR, AR Stickers, Slow Motion, Time Lapse and many more other modes.

Now, in terms of camera quality, the Vivo Z1 Pro is actually a very good choice in my opinion as I tested its camera thoroughly for quite some time. I tried capturing photos in all kinds of lighting scenarios, and well it performed really well, compared to phones that cost almost the same or even costlier than the Vivo Z1 Pro.

In good lighting conditions, the Vivo Z1 Pro clicks detailed and sharp pictures, that is pleasant to view with very accurate colours and perfect saturation levels. The wide-angle camera is superb too. It holds all the details, maintains saturation level well and the photos taken with it are near perfect with no bending at the edges.

In low lighting conditions, the Vivo Z1 Pro performs fairly well, thanks to the Night Mode available on the phone. Even without using night mode I clicked a few shots, which were kinda good but lacked details. But when it turned the Night Mode on, it completely got rid of grains and washed out colours. The separation between light and dark was perfect and the shots turned out really good. The portrait mode works well on the phone with good edge detection and natural blur.

The front-facing camera on the Vivo Z1 Pro is a 32-megapixel shooter that holds plenty of details, and this time looks like Vivo has decided to lower down the beautification a bit so that the shots are well detailed, showing all the blemishes on face and many people, including me, prefer that rather than a softened photo that lacks detail.

Performance for Every Kind of User

No matter whether you’re a power user who pushes the phone to its limits or a regular user or a gamer, the Vivo Z1 Pro can fulfil the needs of every kind of users, even those who want a phone that lasts all day. I’m kinda a versatile user and to test phones, I usually use the phone in different ways.

When I first got the phone, I just set it up and installed the apps I use most like Facebook, Instagram, WhatsApp, Twitter, Telegram along with the most essential apps I use. The multitasking experience was great, there were no lags, web browsing was smooth. Then I moved on to a different usage pattern which included the apps I always use, along with streaming apps like Netflix, Hotstar, and games.

I was usually streaming cricket matches and TV shows, playing games like PUBG Mobile and Asphalt 9, which are quite power hungry games. The Vivo Z1 Pro was able to handle that very well. The Qualcomm Snapdragon 712, coupled with Adreno 616 GPU handled everything well, be it gaming, streaming or multitasking!

The Vivo Z1 Pro runs Android 9.0 Pie out of the box, which is a good thing, but it has got Vivo’s own Funtouch OS skin on top of it. The Funtouch OS transforms Android 9 into something that looks quite similar to iOS, but it works like Android as it is supposed to be.

The quick settings are at the bottom, which may make sense for many, but is exactly the opposite to how it is supposed to work on any Android phone. However, Funtouch OS has got some features that you might miss on many other phones. One of them is Dark Mode, which turns all the popular apps dark.

There is the Game Cube feature, which is kinda like a Gaming assistant. It can be configured to start up as soon as a game is launched. It lets the user block incoming calls, notifications, and tweaks many other settings to get the best gaming experience.

A Battery That Lasts All Day

The Vivo Z1 Pro packs a huge 5000mAh battery and even during the intense usage, I was able to get one full day battery life easily. If you’re a regular user and don’t play games, the battery could last one and a half day. The battery, despite being a huge one charges quite fast when you need that little extra juice, thanks to the 18W charger included in the package itself. But well, for a full top-up, the phone takes almost two hours to get fully charged from 0%-100%.

The Vivo Z1 Pro is a near-perfect phone at this price, I would say. There is a minor shortcoming like micro USB instead of USB-C but that’s not any deal-breaker. Apart from that, I don’t see any reasons why you shouldn’t buy this phone and micro USB is sometimes still better for heavy gamers than USB-C because if you forget to carry your own cable, you may not find a USB-C cable around easily.

Apart from that, the Vivo Z1 Pro checks all the boxes where phones are expected to perform well – Display, Design, Camera, Performance, and Battery. The Vivo Z1 Pro comes with a starting price of Rs. 14,990 with 4GB RAM and 64GB storage. The variant with 6GB RAM and 64GB storage costs Rs. 16,990. The top variant with 6GB RAM and 128GB storage is priced at Rs. 18,990. At these price tags, all the variants of the phone are worth spending your money on and if you need everything to be good on a phone, the Vivo Z1 Pro is definitely a choice!