Amazon has announced the launch of its Smart Plug in India. The new Smart Plug is one of the most anticipated products from Amazon that people had been waiting for. The Amazon Smart Plug works with Alexa and helps customers instantly add voice control to their existing range of appliances, such as lamps, table fans, electric kettle, room coolers, televisions, mobile chargers, air-purifiers, soundbars, and more. Customers can just plug it in and pair it with a compatible Alexa device for hands-free voice control. However, Amazon strongly recommends that customers don’t use it to control heavy appliances like AC, geysers, water pumps, or heaters.

Commenting on the arrival of Amazon Smart Plug, in India, Parag Gupta, Head of Amazon Devices, India said, “Setting up and controlling smart home should not require technology savviness. Customers in India are increasingly experimenting with home automation and we want them to have simple yet affordable solutions to make their existing appliances smart using Alexa.” He further added, “With Amazon Smart Plug, customers can add smart voice control to any appliance without the need to upgrade it”. 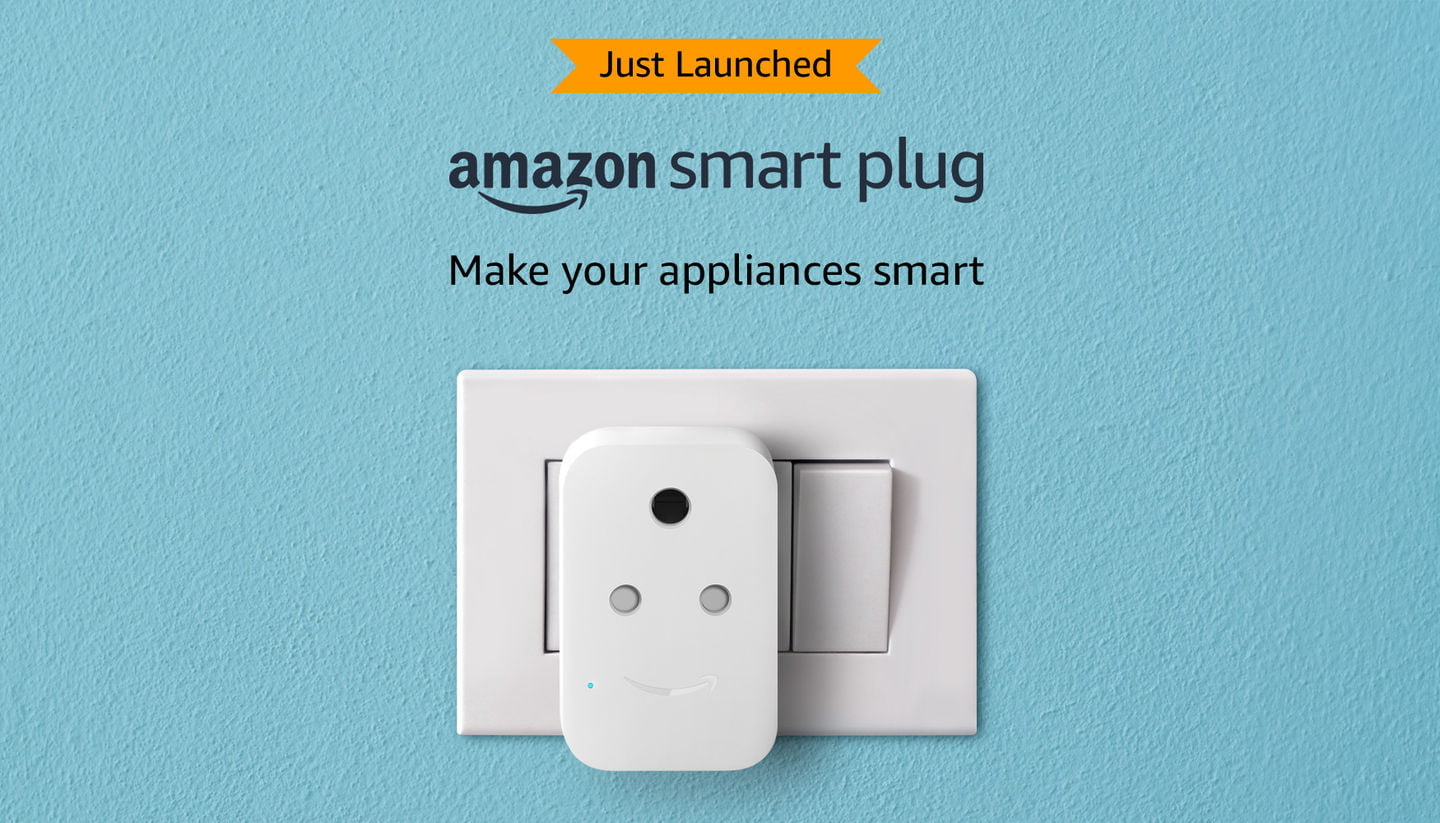 Setting up the Amazon Smart Plug is extremely simple. Users just need to plug it into an electrical socket and setup using the Alexa app on their smartphones. It takes just a few minutes. Once connected, customers can ask Alexa on any Echo, Fire TV or Alexa built-in device or the Alexa app to turn on/off the power.

The Amazon Smart Plug has been customized as per the Indian standards, by bringing a 3-pin Indian socket design, 6A power rating, and a state retention feature. The state retention feature ensures that appliances go back to their last state (ON/OFF) in case of a power outage and resumption. Users can create customized routines on their Alexa app to automate their day-to-day activities. For example, customers can schedule to turn off their night lamp at sunrise and turn on their electric kettle in the kitchen without moving a finger.

With the Amazon Smart Plug, customers can control their connected appliances even when they’re not next to their appliances by using the Alexa app. This is particularly useful for parents as they can remotely turn off the TV to send their kids to bed while having dinner.