Faridabad factory of Orient Electric is the biggest factory in India for manufacturing ceiling fans. Other two factories are at Kolkata & Guwahati. The Faridabad plant can deliver more than a lakh fan in a month to keep up with the demand of the product whole year including exports. The brand has experience of over 60 years in manufacturing and selling ceiling fans, and they have over 4000 dealers and 1,00,000 retailers across India to sell their products.

From over a decade, Orient Electric is the largest fan exporter in India with a share of over 60% market share in exports and have a presence in over 35 countries including the United States. Orient Electric is also the preferred supplier for Government bodies and CSD.

Orient has over 320 service centers in India, and they also provide on-site after sales service for the ceiling fans. Orient Fans were also awarded as Consumer Validated Superbrand in 2015 and 2017.

Orient Electric has been awarded the “Star Performer” consistently for many years by Engineering Export Promotion Council (EEPC) and rated as ‘Star Export House’ by the Ministry of Commerce and Industry, Government of India.

How has Orient Electric Grown as the Biggest Ceiling Fan Manufacturer in India?

Orient Electric has been way ahead of the competition in bringing the latest technology in the fans. Remember the PSPO from the 1990s? In 2014, they became the first Indian fan manufacturer in the organized sector to introduce BLDC fans which save more than 50% power in comparison to induction motor based fans. Orient today has over 4000 dealers and 1 lakh retailers for selling its fan.

This series has now the major chunk of premium fans market, and because of its success, Orient launched a whole new range of designs, colors, and features in Aeroquiet series to satisfy different needs of consumers.

In Jan 2018, Orient Electric launched their best ceiling fan ever, i.e., Aerostorm Ceiling fan. Again, this fan is a perfect example of how modern fan must be designed to meet the tech side of a house full of modern gadgets. Aerostorm set an example, a standard in the market for the highest quality product with the highest rated air delivery, i.e., 300 CMM which no other fan delivers from any other brand except Orient itself.

In Feb 2018, Orient Electric another iteration of the Aeroseries fans, i.e., Aerocool ceiling fan. This fan has the same features has of Aerostorm, only the aerodynamic design of the fan and the motor design was kept different to give it a new look and to provide the consumers with a choice of aerodynamic fans to choose from.

Both Aerostorm and Aerocool were designed and tested at a world-class R&D of Orient Electric and it has been a few years of research & huge investments for them before they came up with a product like this. Both fans have an aerodynamically profiled blade which minimizes the vortex and thus helps in delivering higher air thrust and ensures silent operation. Speaking of silent, both fans run almost silent even at full speed and at the saner speeds, you won’t even notice that it’s running above you.

The interesting thing to note here is that premium fans are making their way into Indian households are finding widespread acceptance. This means that Indian consumers have now started to consider the fifth wall as an integral element in home design and décor.

And recently, Orient Electric introduced a new range of five blade table, wall and stand fans with powerful air thrust and delivery along with silent operation. Dubbed Wind-Pro, these TPW fans range feature concentric binding which helps in reducing noise and power consumption.  These fans run at 1350 RPM and deliver 95 CMM of air. 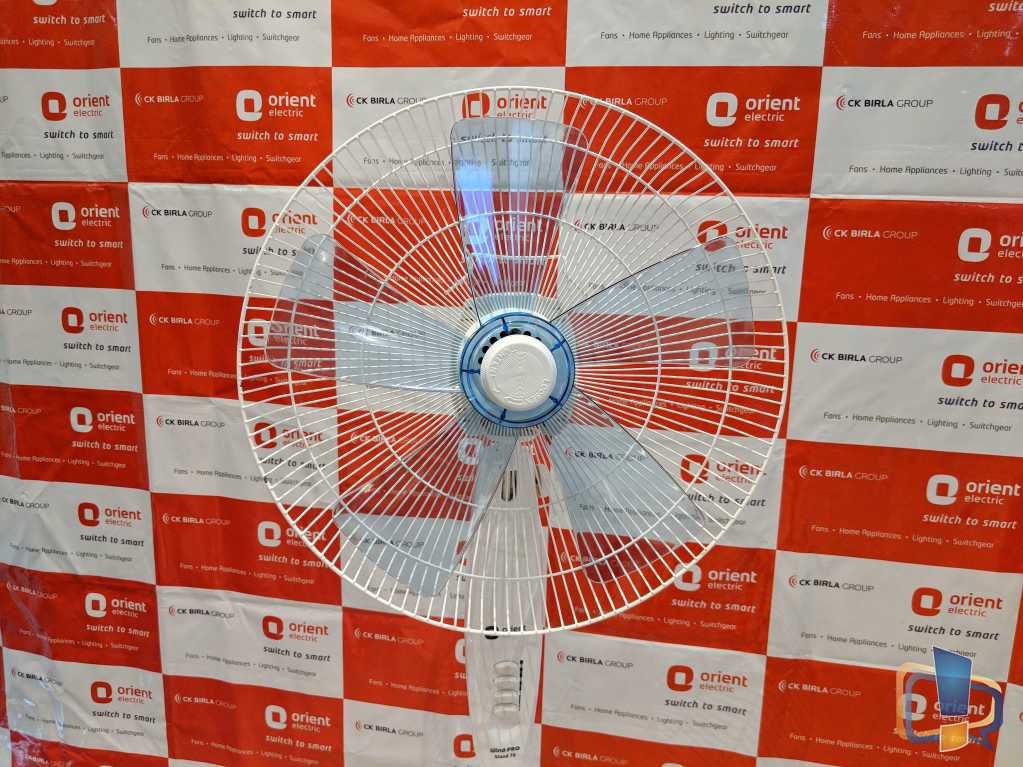 Other than that, Orient Electric has also launched some designer fans recently: 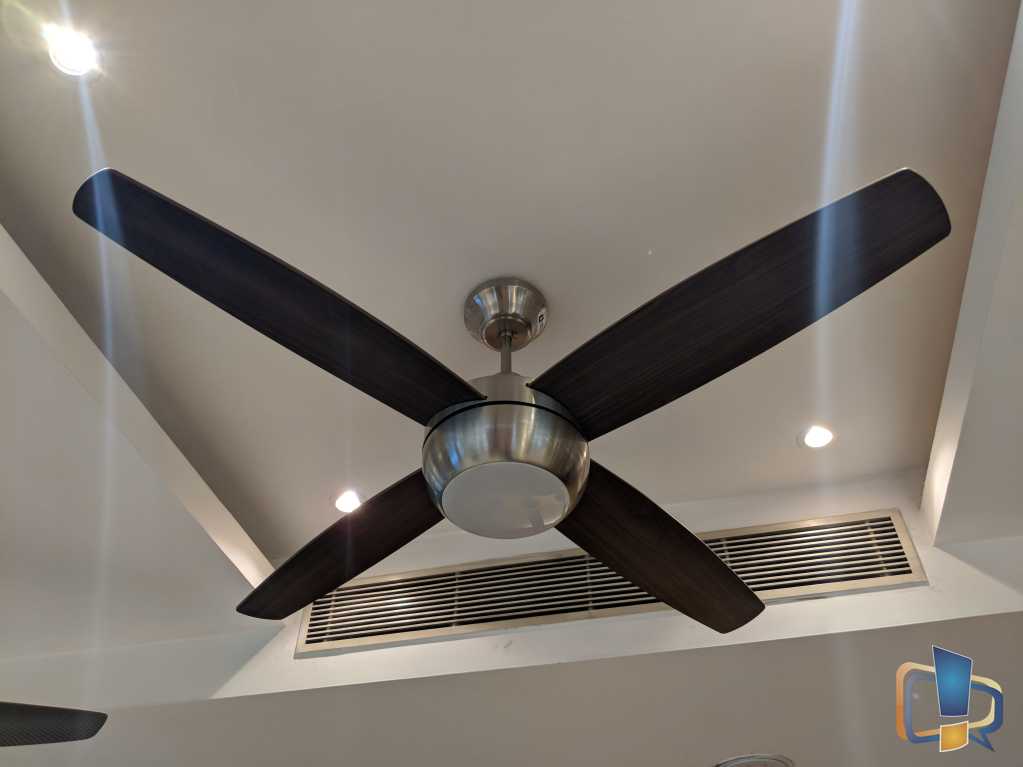 This fan offers a wooden blade and plating finish on the fan to suit the home decor. And have features like warm white LED light, a reversible motor for bi-direction rotation and can be operated using a remote control. With a sweep length of 1320mm and speed of 250 RPM, the fan has a rated air delivery of 210 CMM. I would get this fan for my drawing room later on as it eliminates the need of having a fancy light in between and would install this fan at the same place at center as I don’t have a space of installing two fans nor the need. Stallion is another fancy looking fan for suiting most home decor, especially for drawing rooms. It has a four-blade electroplated fan, and the blades are designed in a way to deliver higher air thrust, i.e., 255 CMM. The blades have a sweep length of 1320mm and then fan run at a speed of 300 RPM.

There were numerous other models I spotted at factory display zone, all of which I can’t mention here, but here are some of the best-looking fans from Orient Electric: