Smartphone maker Oppo has announced the launch of a new variant of its recently launched Oppo A15 smartphone. The new variant comes with 2GB of RAM and 32GB onboard storage. Hence, the price of the new variant is much more affordable, allowing those to buy the phone who are on a tight budget.

Oppo A15 was launched last month in India. The phone sports a 6.52-inch HD+ display. It is powered by the MediaTek Helio P35 SoC, coupled with 3GB of RAM. There is a triple camera setup on the back where there is a 13-megapixel primary camera, along with a 2-megapixel macro lens and a 2-megapixel depth sensor. While, on the front, the Oppo A15 features a 5-megapixel selfie camera. The front-facing camera offers beautification modes powered by AI. 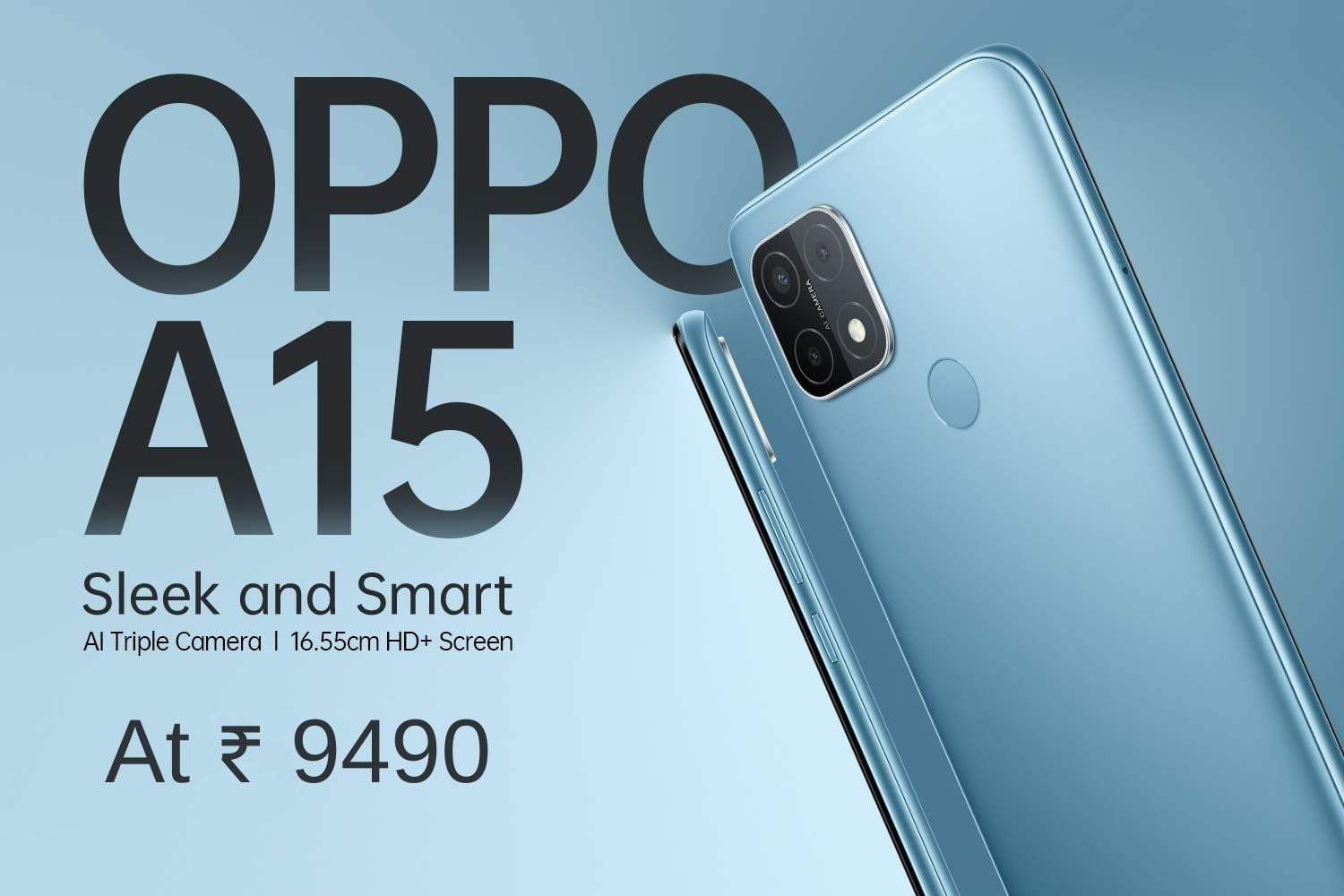 Oppo A15 runs Android 10 with Oppo’s ColorOS 7.2 skin on top. The phone packs a 4230mAh battery with support for up to 10W charging. The new ColorOS 7.2 brings new features like a system-wide dark mode, three-finger scrolling screenshot, icon pull-down gesture feature, and a music party, which lets you play music on two phones together using the Oppo A15.

The newly launched variant will come with 2GB RAM and 32GB onboard storage. It is priced at ₹9490 and is now available for purchase on Amazon India and retail stores. The phone is available in two color variants- Dynamic Black and Mystery Blue.

Oppo has been positioning the A-Series of the smartphone as affordable phones, packed with all the necessary features and hence, a new variant has been launched. This will make the Oppo A15 affordable to more and more consumers. Oppo recently opened its first R&D center outside of China, in Hyderabad, India and, to strengthen its commitment to Make in India, Oppo now makes over 50 million smartphones a year at its Greater Noida Plant in Noida, NCR.